I’m a huge fan of Netflix. They’re visionary, they’re leaders in their field, and they take a lot of back alley bullying and sabotage because of it. When they tried to spin off DVDs from streaming video, it was because of all those things, but it was also a mistake, and the CEO said so. He said it again when fans spoke up or went away, because they changed the pricing structure. It’s one of the reasons some of us remain loyal to this day.

Even more amazing is Dominos Pizza coming out and saying ‘really, our pizza isn’t very good. We’re not happy with it, and we want to fix it, with your help.’ That takes crusts of polished brass, my friend!

Contrast that with the medical industry, in which admitting mistakes is not only costly, it’s counter-cultural; the prospect is horrifying. In the midst of rampant brand “reputation management” – from “personal brands” (individuals) on LinkedIn who market themselves as gurus, to corporate mom and pop shops – professionals are apt to shut down and start over rather than acknowledge their initial perceptions were not right. It’s crippling.

Consumers don’t get to write their own ticket with any brand, but they do get to be part of an authentic conversation with some of them. The test of that is all of us acknowledging that we make mistakes. Mistakes actually make a crucial contribution to marketing, in these 6 ways:

The patterns we learn in overcoming past mistakes are crucial to give us perspective that can’t be obtained from always being successful and everything coming easily. The baseline of wisdom is humility, and mistakes teach us that. But, above all, mistakes make us strategic. Only by the act of adjusting our behavior (which isn’t needed if we don’t make mistakes), can we acquire strategic wisdom. The officer who says “I can take that hill, as long as there’s sunshine, and the ground isn’t too wet, and it’s not fortified, and there are no enemies firing at us, and the wind is slight and from the East” is going to get laughter, but not the assignment. Mistakes are actually the heart of our wisdom literature – the Western story; Peter Pan doesn’t become a man without mistakes. None of us become wise without them.

Mistakes are key to learning ownership.

There’s a mental and emotional resilience that get imparted when things don’t always go our way, and no one is to blame but yourself. In that sense, mistakes build personal character and integrity; they make a person better and each of us better as part of a team. The alternative is still making mistakes, but mostly blaming the universe, the tools, or other people for them. Mistakes (owning first that we make mistakes, and then owning the mistakes we make) instill a character trait of taking ownership in other things. In that sense, a history of making mistakes is a key asset for anyone managing a project. The project manager who says “I’ve always delivered on time, on budget, and on requirements, without exception” doesn’t have enough experience managing projects.

If you’re already awesome, you’re actually LESS valuable to society than a person who fails at things now and then – and gets better and better because of it. No amazing contributor to the world and humanity failed anything less than spectacularly at some of the things they attempted in the process. From Einstein to Beethoven, the mistakes are as monumental as the successes, because mistakes are actually the measure of a person’s contribution. Mistakes are the yardstick that measure the man. Teams (groups, societies, etc) can mitigate and reduce the effects of some mistakes, if they’re healthy, constructive teams. But contribution requires collaboration, and collaboration requires optimization, and that requires accepting the starting place as LESS THAN IDEAL. All meaningful journeys are dotted with lessons learned from experiments that didn’t work out.

Mistakes are required to learn ANYTHING well.

Learning something new merely requires trying; but learning it WELL requires making mistakes on the thing we’re learning. When you first learned to drive a standard transmission, did you just get in and go, or did you jerk the car, grind the gears, and stall out a number of times? Maybe you took an archery class once – did you never miss the target? Usually we learn not just by someone standing over us and telling us what to do, but by trying things that don’t actually work. At least once, we aimed directly at the center and didn’t properly account for gravity or wind. The people who understand something well are the experimenters – hackers of a sort. They break things, they fail and learn from failure. When they do, they can tell you why something doesn’t work, and why something else usually does. Those too cautious to break things only learn what everyone else learns.

Mistakes are essential to competing and success.

Only those courageous enough to try new things will risk things on a hunch or experiment. Those who accept mistakes actually build failures into their calculations, and therefore rise above their peers, as people or brands. Warren Buffet doesn’t expect every stock to be the right pick. He expects the overall portfolio to perform well, precisely because he is able to work with a degree of failure accounted for! Winning 80% of the time beats only taking the bets you know you can win. Those who can only accept continual success, therefore take on only modest missions and trajectories; they can’t compete, and usually don’t even stay in the market, because competition is too risky and costly. If you can’t accept a degree of failure, mediocrity is your destiny.

The least inspiring icons are of people who never stumble. They have lily-white knees, rather than dirt under their fingernails from working at challenging things. We sense that those who don’t make mistakes are vaguely inhuman. We’re not sure their blood is actually red. Far from impressing us, they disturb us, because we don’t feel a fundamental kinship. A leader simply cannot lead without blowing it occasionally, and in front of those he leads as well. We can’t follow those who aren’t subject to the same human foibles, laws of circumstance, and exigencies of life that we are. Regardless of our politics, we recognize JFK as iconic, not because he continually managed his reputation as infallible, but because in addition to calling on us to contribute what is hard, he did what was hard and admitted mistakes like the Bay of Pigs Invasion. JFK has this in common with our most revered heroes everywhere.

When there’s a business owner too terrified to make a mistake, their marketing never gets off the ground. They expect it to happen passively, by osmosis. Perfectionism masks a debilitating fear – fear is what’s really driving it. When marketing professionals don’t acknowledge making mistakes, the client brand hits a ceiling of potential, because whatever can’t make mistakes can’t learn – and then how is it supposed to lead? Taking responsibility for mistakes is even more powerful than making them. Instead of empowering everything and everyone else above yourself by claiming the cause was circumstances, other people, or “Mercury being in retrograde” (teasing my astrological friends), owning the mistake means the power of cause and effect lies solely with you. That’s an incredibly powerful state of being.

A Recent Mistake I Made

In that vein, I was about to use the corporate “we”. But, it’s not “we” – it’s “I”. Not long ago, I got called out on Twitter – “you should thank someone when they retweet your stuff”. Amen. I dropped the ball. Yes, of course I would get around to thanking people every 2-3 days, but it wasn’t soon enough and, four hours after the tweet, it’s like it didn’t happen. Not thanking my audience is impolite, so I changed the policy of MadPipe accordingly. I make mistakes, and I’m proud that I do. It’s one of the ways you know you can trust my brand. It’s one of the reasons I have credibility.

80% of the guidance, leadership, and advice I give is (according to my clients) “stellar!”, “incredibly helpful!”, and “loving it!”. Another 15% is solid, but mainly just opinion; it’s my best guess, albeit one with an experienced set of eyes on it. 5% is probably a guess that won’t pan out, if not mistaken or outright mistaken. It’s built into the program – do not accept my word as gospel – take it seriously and consider it thoughtfully, and then decide, for or against. Not all my “stocks” or strategies will hit.

I bring you the power of mistakes, precisely because the rest of what I bring is partly learned from them (SO YOU DON’T HAVE TO!). That’s where the strategic skill set comes from. Hire me for my mistakes as well as successes. If that works for you, and you run your business every day with the same risks and goals, reach out to MadPipe. We’re kindred souls, and I’m standing by. 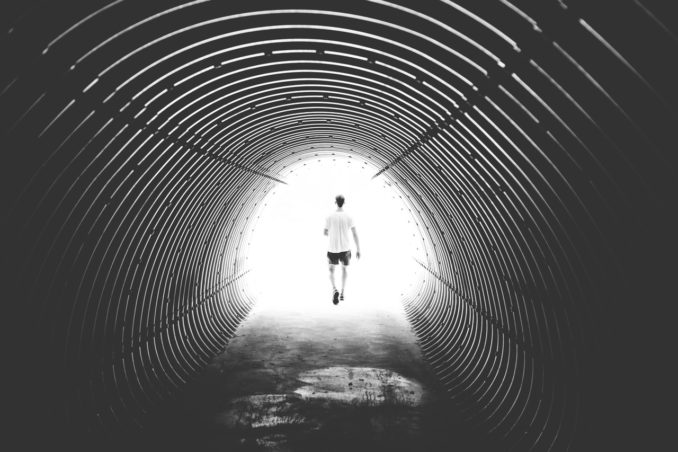 8 Reasons SEO is Dead and We Love It 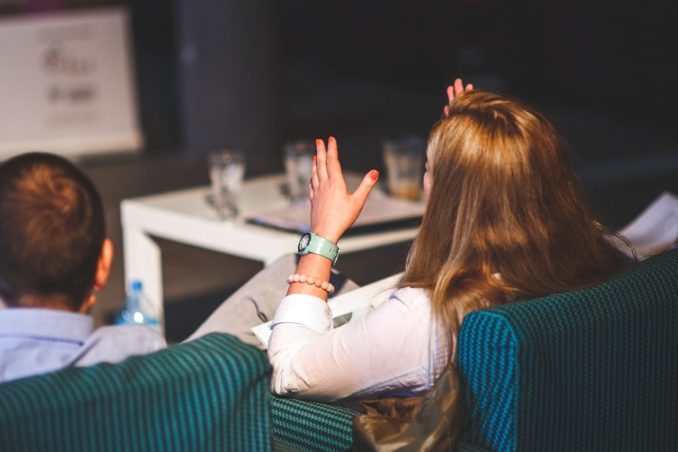 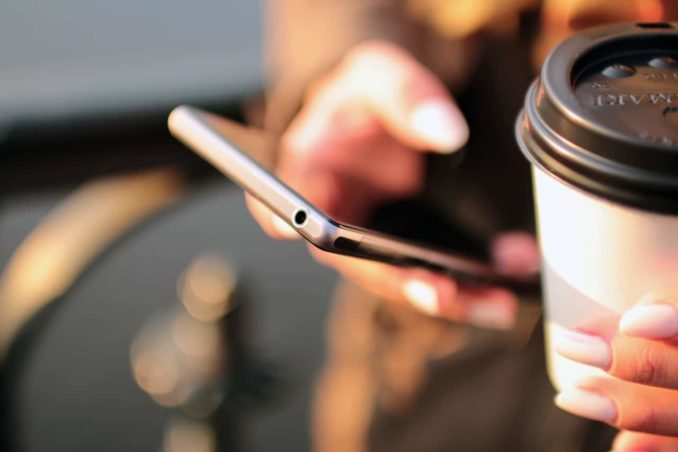