Your Focus on Competition is Giving Them the Edge

There are really only two required commodities in doing your digital marketing, doggedness and courage. We say all the time that effective marketing requires frequency, consistency, and commitment. That’s the doggedness part. Without courage, though, dogged commitment is only a hypothetical.

You know that old saying, “the Son of the Shoemaker has no shoes”? The Cobbler is so busy making shoes for other people, that he has no time to make them for himself. A more modern analogy – the Chef spends all day in a kitchen and doesn’t want to come home to prepare yet another meal. You might imagine a marketing coach wakes and sleeps to other people’s marketing needs, so his own dry up. We certainly do get busy, but mostly it still gets done, and more frequently than most. It’s because we’re using a principle that one of our own coaches, Seth Godin, talks about all the time:

“The courage to ship.”

Doggedness counts, but mostly what holds people back is the courage. Am I doing it right? Is it perfect? What if it comes off wrong, offends someone, no one laughs at the joke, or [shudder] there’s a spelling or grammatical error? What gets pushed back onto lack of time (doggedness) is actually the risk factor. What stops people from ‘shipping’ – from going to market with their marketing – is described as “It takes so much time – I don’t have the time – I’d better look at it one more time.” In fact, it’s fear – fear that you’re not ready to ship.

The other way we can describe the fear of shipping is “I’m a perfectionist.” We ascribe it, in other words, to a fixed personality trait that we can’t overcome. Anything but acknowledge the fear – anything but admit that it’s the risk of looking bad and the obsession with looking good. It’s one of the reasons so much marketing is done so badly. It’s not because we’ve shipped to soon; so much of it gets outsourced to someone who ONLY cares about you looking good – someone who reflects the syndrome you’re paying them to reflect. In short, looking good is so important to the perfectionist that it trumps being effective. Or else, if you’re doing it yourself, it trumps the doggedness needed to be effective. You ship too little, to infrequently, and it gets lost in the scrolling stream of other people’s content.

Shipping is About MVP

The concept of minimum viable product (MVP), by which a startup company gets their service or product to market the moment it’s reasonably useful, is directly applicable to effective digital strategy. If we waited until we had the perfect video, the flawless blog post, the ultimate pin for Pinterest, we’d hardly ever put out content at all. The company that puts out lots of good, viable content will trump both the company that waits until it has perfect content, and the company that settles for technically flawless but practically useless.

The Most Effective Shippers are Shippers

The supply chain revolution provides a good example of this. The $10billion/year company UPS gets 91% of packages there on time. Not bad. Close competitor FedEx hits it 88% of the time. While both companies are working on continual improvement, neither one is halting their fleets because of 9-12% late arrivals. Imagine if the airlines did that, or NASA. No one would ever fly again. We like to roll our eyes at these companies’ failures, but it’s not stopping us from taking our vacations, sending out gifts, or ordering that box of pens. We keep giving them our money, and they keep shipping despite imperfections.

One reason we get out more marketing material that a lot of companies and it’s really effective is that a) we respond to need, and b) we ship the moment we have something useful to respond with. And then we make it better, when we get another block of time. We’ve made several versions of the same video, each progressively shorter, tighter, nicer, and more effective. But we get to do that, because we shipped the first one. We go beyond that. We ship with bugs in it, just like every software maker under the sun. Your using a computer right now that has bugs. Somewhere in the company that made it, there’s a team assigned to track bugs, work on them, and ship a slightly better but nonetheless bug-laden version in the next round of updates. And that version will have bugs too, perhaps even new ones created while fixing the old ones. If they didn’t operate this way, you wouldn’t be reading this, because no operating system would ever make it to market and no device would exist to run it. Bugs are essential to success and, while that’s heresy, it’s a critical truth of any marketing.

Personally (and I’m not advocating this for you, just for me), I even ship with spelling or grammar mistakes if I have to. I don’t make many of them very often. I was rated in the top 1% in the nation on English skills and spelling proficiency, have won spelling bees, have been a proofreader and magazine editor. But if I have just completed a blog post and need to walk out the door for a weekend engagement, and have a choice to hit “publish” or “save as draft”, guess which one I do? I know, it’s heresy, but I always ship, and I produce more content because of it. A little heresy goes a long way to being very helpful. Not only doing it this way make room for more ideas, but it means I can come back and fix mistakes later, IF I have time (there’s no guarantee I’ll have that time) – and meanwhile my stuff is live, my content goes out, it’s doing its work for me, and more is getting produced. I do have a service that scans my blog for spelling mistakes and sends me note if it finds one – but once a month – that’s all. I’m not going to obsess.

Sure, someone might balk at doing business with me, because I wrote “it’s” when it should be “its”, but 10 more people will do business with me because I reach them with content and do that consistently and frequently – people focused on the things that will also make them successful at digital marketing. And if someone is nice enough to point out a mistake, I chuckle, acknowledge it, fix it, and keep going. I keep shipping, even if my accuracy rate is only a few percentage points higher than UPS. After all, I don’t stop talking with people in person because I might mis-conjugate a verb. Our credibility is most certainly at stake, and it’s better because we have the conversation. We have credibility because we reach people, warts and all – people we’d never reach if perfection were a prerequisite for either party. I prefer to spend disproportionately more time focused on the quality of the ideas, only slightly less on the persuasive power of their delivery, and almost none on perfection.

I’ll let you in on a secret – the more I ship, bugs or not, the more stuff goes out without bugs. And the more content I produce, the less the occasional blunder matters. It’s counterintuitive, but I do it to prove a point – to demonstrate the sheer power of agility in digital marketing – the power of guts.

“Fear is the Mind Killer”

Of course, maybe you’d prefer a basic spell check. I usually do one. Or it might go to the other extreme, and you want to get a dozen opinions before you ship. As long as you can sustain the shipping in volume, and it’s good material, knock yourself out. But if fear is keeping you from the agility to shell out authentically voices posts, videos, pins, slides, whatever, at a pretty decent clip – at a sustainable pace that’s actually fun, then the fear isn’t a friend to your business – it’s a bottleneck. We’ve already written about how fear of competitors ensures they win. Slowing the flow of content, for fear there’s a lurking flaw, ensures your content marketing doesn’t succeed. Nothing is more destructive to a company’s desired growth than fear. Fear is the real mistake, lurking in the business. That’s where you need to get out a red pen and identify a problem. You’ll survive a misplaced apostrophe, but no company survives fearfulness in the end. Courage is the quintessential commodity for growth, whether you’re just launching, or looking to get your business out of the doldrums of ‘just enough business, but not just as much as we want’.

Last tip: courage is actually your secret weapon in digital marketing strategy. It’s not bland, banal, ‘same old’ that reaches a wide enough audience to matter. It’s doing something unexpected, setting the bar, or just shipping consistently when everyone around you is saying “be afraid”. Effective marketing occurs ‘outside the box’, because the box is actually fear. That’s what a box is – fear that we need to constrain something, or it’ll get hurt. The most effective marketing innovates, by looking for ways to operate outside the constraints that hold most other people back. Yes, we ended that sentence with a preposition. But if you know that, then you read it, didn’t you?

Seth Godin also champions the idea of whoever fails the most, achieves the most. Fear of failing just means your normal – it doesn’t have to mean you take no action. Agree or disagree, but take a moment to assess where fear might be restraining your digital marketing effectiveness and ask yourself, ‘what would I do about it, if I had the courage to do something despite fear?’ If there’s nothing in your life you’ve been afraid of, check your pulse.

Fearless help with your digital marketing success is a short contact away. Let us know what you’d like to accomplish, fearlessly or courageously, and we’ll get back to you promptly.

Your Focus on Google is Killing Your Google Results – Supersearch Basics 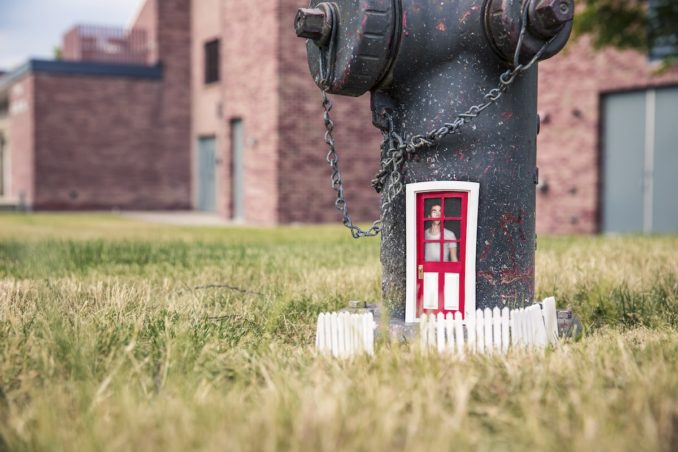 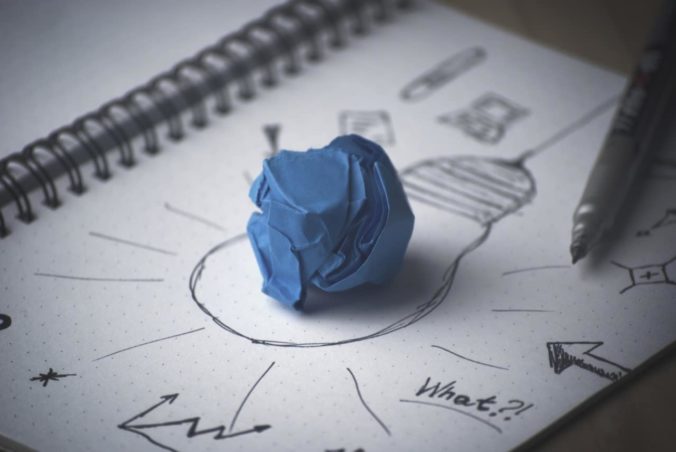 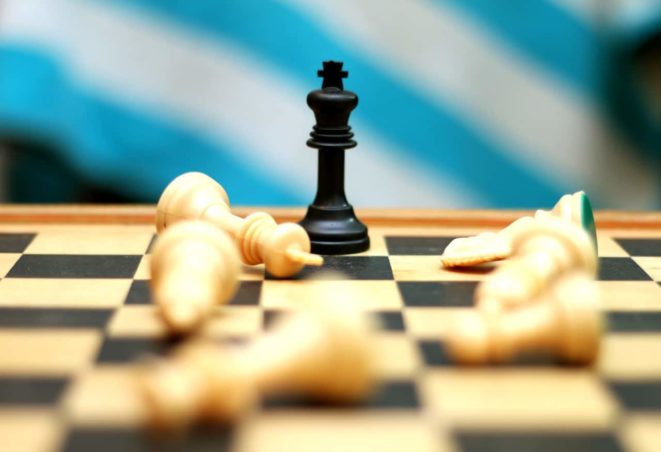