How Does Google Know if I Copy?

One of the common questions that comes up is “Do search engines like Google really know if I shoplift content from other web sites to update my own?” Another is “Out of all the millions of web sites, how can they know?”

Ask  yourself the following: if Google isn’t also indexing those sites, how would it index your site? How would such a thing as SEO exist? That’s what search engines do – they scan your site for content. There’d be no SEO value in adding content to your site, if search engines weren’t aware of it, or aware of the same content on other sites. And Google reads your site just like a human being – top to bottom, front page to back.

Here are the results you may find from lifting content:

SEO decline. This happens by rewarding the site that had the duplicate content first (it’s copy-worthy – that’s an endorsement – rank it higher) and lowering rankings for the site that had it later – i.e. lifted the content (it’s not original – no sense in presenting it high in search results). When I post, Google is usually aware of my content within seconds. I know – I monitor it. I have automatic scans in place for content theft, but still – I know that a plague falls on the house of anyone who rips it off, because of the way SEO works. [Want to see a Google example? Click the image at right.]

Legal issues. One of these days, the site owner is likely to run his popular material through copyscape.com and see who is using it without permission. [Want to see a Copyscape example? Click the image at right.] Here are the questions they can pursue: “Are you a business? How long have you profited from having my content on your site? How much money did you make in that time, and what percentage of it is due me?” If you could write stellar content and just wait for people to rip it off, you could actually make a business out of it, with a good attorney. It’s the same with multimedia content: grabbing images (photos, graphs, etc.) off the internet that have not been explicitly declared ‘public domain’ and for which you do not have an appropriate license, or are obeying the terms of that license. You’re probably exposed at that point, unless you can make a case for “fair use” – a rule which has its own vague terms, precisely so courts can apply the rule un-evenly and favor whom they wish. We’ve written about fair use on this blog, so we won’t revisit it here, but we’re not attorneys and aren’t competent to offer real legal advice, so if you have questions about it, you should consult an attorney.

Ethical issues. Keep in mind that plagiarism is plagiarism. If it was cheating when you copied that book into your essay in school and represented it as your own, instead of properly attributing it to the author, it’s plagiarism when you do it with web content. If you are going to attribute it, that’s better but doesn’t mitigate the other issues.

Public perception. When someone goes to bookmark your content in a social bookmarking site like digg.com, they will likely get a response that this is duplicate content that has already been bookmarked. This exposes you as a content lifter. Are you a business? What are the potential consequences of a client looking at your site as just a collection of things grabbed from other web sites?

Low social value. Focusing on just SEO is a common mistake of those who believe in the mythology of automatic marketing, and it misses the whole point of why SEO works the way it does. Fresh, original, frequently updated content is rewarded in search engines PRECISELY because that’s what people are searching for, want to interact with, and are responding to. If you’re just slapping in stuff you find on the web content, generally speaking, you’re not really respecting your prospects, how they think, and what they want – you’re just feeding them filler – which means you think people are basically dumb in their buying responses and will warm to any old thing. You’re trying to fool them with fake attention. It’s like a pat on the head – just a bit too patronizing – and if you think that doesn’t come through, subtly, there you go again underestimating your prospects. You wouldn’t put up with it, so why should they?

A dynamic web site is a social entity – an interactive environment. If you really don’t care enough, and don’t respect the visitor enough, that you’re just dumping things into it from other sites, why should they care and why should they stick around? Content is a social compact – you’re promising to be genuine, authentic, and alive. It’s easy to say “blogging didn’t work for me” – it might make us feel better, but it’s really the assumptions we’re acting on that make the difference. Treat people like people – talk plainly – and you’ll earn an audience. Take shortcuts, and it’s like one of those “filler speakers” for hire that will show up at your company for a fee and talk about whatever – give them a topic and a time frame and they’ll come speak “dynamically” for that 30-minutes or an hour – from puppy dogs to sales to motivation to time management. Wow. It’s like serving cheap crackers and cheese whiz at a convention. Everyone’s thinking “how long do I have to stay here?” That’s not a buyer response.

And if I seem blunt about this, it’s because you’re up against the obsolete marketing-think of our grandparents, where people would often buy whatever you throw at them, if it was reasonably new, because there just weren’t so many products on the shelf, and there just weren’t that many plumbers in our town. It was a seller’s marketplace. It doesn’t work that way any more. Look at the shampoo aisle at your supermarket and start counting. Check the phonebook – that antique they keep throwing on the porch every year – how many of your profession are there in your area? Now, we actually have to respect our audience enough to be real. It’s a buyer’s marketplace now. That’s the meaning off social media, of blogging, and even of Google, my friends. The assumption implicit in any successful internet marketing activity today is that we’re searchers, explorers, social people – instead of the web being a ‘marketing engine’, it’s a marketing conversation. It’s more like coffee hour than the sermon, more like a ball game with friends than a scorecard and silence, more like personal coaching than ‘here’s your gym badge, over there are the machines’.

I’m going to push this farther. So much of the time, at Market Moose, we’re offering a corrective – nudging people away from the pitfalls (we’ve all fallen into them – that’s how we know they’re there). But our mission is also to coax clients toward a newer, more current, more realistic vision (as in corresponds with the new reality) for their marketing. So here goes. It’s not just about your marketing. It’s about your business – the substance of who you are as a business and how your business works. I’m often hearing people say, “in my field, marketing doesn’t work” – but I notice that their successful competitors don’t think that at all. In every field, in every locale, someone is making money and being successful marketing their business. I notice that same crowd is often saying, “here’s how I work, we all do the same things, this is what I do, it hasn’t changed in 40 years”, etc. In other words, they’re not adapting or responding to the new reality – they’re telling people how it’s going to be, what they’re willing to do, and doing the take it or leave it thing. However you slice it, this is the old way and, yeah, if your business doesn’t change, you can have stellar marketing, but it’s just a facade. What’s needed is a fundamentally different approach to your own work. It’s amazing how much the new marketing then starts to make sense.

Ever driven up to a run-down roadside motel and heard “$79″… and when you say, “gosh that’s expensive for this!” they just repeated, “$79, plus tax, plus key deposit”. They get away with that for one reason only – there’s no alternative. The moment I open a motel across the street that’s clean, with well-lit parking, hot coffee, and a security guard, they’re gone.

The things we need to be thinking about are:

More of us don’t want to walk in and shake your hand, we want to add each other to our Facebook. I don’t want you to mail me those mortgage rates – I want to see them by following you in Twitter. I don’t want your five page static web site that never changes. I want you to think about what I’m thinking about and give me some insight. Ever visit one of those old-fashioned personal home pages from 10 years ago – it had someone’s favorite colors, they’re favorite rock bands, a bad photo, etc? Ineffectual business web sites are still like that. Well, individuals are way ahead of a lot of companies that expect their business. Individuals are involved in constantly updated statuses and always adding funny stories, interesting thoughts, etc – to their pages (which are now in Facebook and Twitter more than they are in Tripod and Geocities). Businesses are playing catch-up. And not just in how they ‘market’, but in how they do business as a whole. Sometimes, it’s time for an overhaul not of just your web site, but of who you are as a company, and how you operate. It’s that, or join the dying part of the industry.

I have three marketing mentors – three people that, for me, have summed up successful marketing right now: 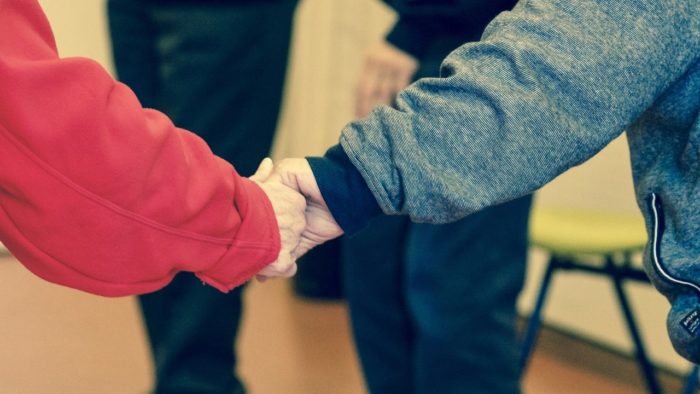 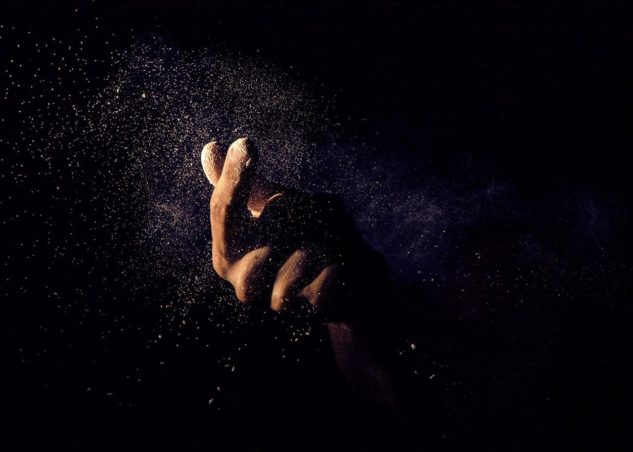 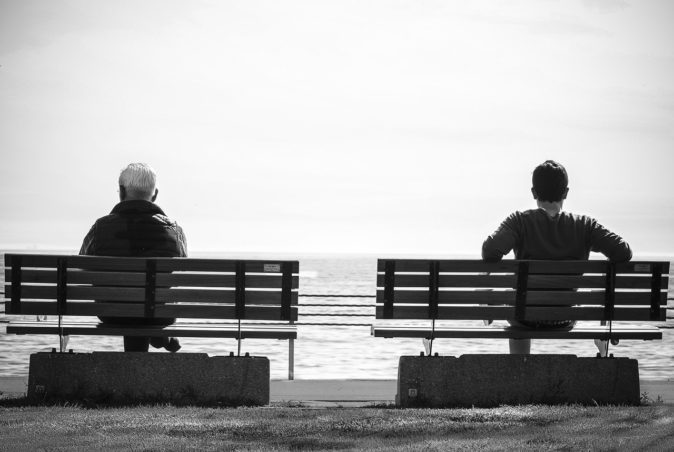 4 Steps to Growing Your Team on LinkedIn