Social Media – the Wind of Change

You know, some of the reports on the LibyaFeb17.com site aren’t accurate, but still it’s one of the best sources of accurate information. The videos in particular being consolidated there, and other documents, like a clearing house, are really important. This is how we’ll do journalism now. Some people don’t see this. We’ll gather everything, true/false/close/whatever into a big pile from lots of distributed social sources, and then socially we’ll verify, compare for accuracy, make sense of it, and so on. This is News 2.0.

Thing is, the revolutionaries themselves use social media as internal lines of communication to connect, think about their relationship w. the world, to each other, and to their culture, and create a social discussion which leads to social action.

You can’t stop this. It will be the struggle of the century. The US is already clamping down heavily with the internet kill switch and site seizures, even before the law is put into effect. The suits against Youtube and Google are ways of accomplishing the same thing with the threat of litigation. In fact, the US is more restrictive than most of the world on this stuff. But as one of the commenters on BoingBoing said/quoted: “the net intereprets censorship as damage and routes around it”. That’s so true, when it’s a social network.

It’s social media itself that’s nothing short of a revolution. It’s changing everything. I said last year that governments will fall based on this stuff, and this year I say they’ll continue to fall. The world will be reshaped. The more people acquire the means to connect, communicate, and collaborate, the more challenges there will be to control. I’m not so optimistic or blind to believe that this won’t be heavily coopted. I’m not optimistic at all. I’m saying things will change, are changing, have changed – not that it will ultimately serve some good. You can decide that for yourself.

The only cause for optimism I have is the general observation that the social network revolution moves too fast to stop or completely control. The more idiots with ideology and power try to “get ahead of it” as the politicians and corporate types say, the less they get it, the less they fundamentally understand, and the more it will circumvent them because of that. You don’t get ahead of this. You join it, or you get run over, or you get left out, but you don’t get ahead of it. Compare Hilary Clinton saying, concerning Wikileaks, that the Executive Branch has never, in the past, had to be concerned with what some web site said (yep, that was the past), so why should they now? She doesn’t get it. Compare that with Obama’s last speech which was carried out in full, with special features, on Twitter – something he used heavily during the relatively presidential election. He at least gets that something’s going on.

Meanwhile, just think about the things the Libyan revolution are doing: 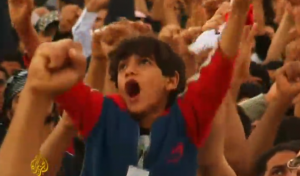 Don’t think this is significant? Imagine, if you will, the black plague – but with twitter and google. I think the plague is the absolute best example – it’s not a war to be covered in the name of secrecy or to hide atrocities or because one side wishes to rewrite things. And it spreads faster, as a virus, and to everyone. How about the Protestant Reformation? The fall of Rome (either the old city of Rome in the 6th century, if you go with Gibbon, or the Roman Empire in the 15th, if you follow it through its millenium of Byzantine history). What about the Russian Revolution, the French Revolution, the American Revolution, the War Between the States in the US? What if they had twitter and google and youtube?

It’s interesting, too, to connect what’s happening with social media to the results of global “free trade”. There’s vulnerability on the economic side, because of free trade policies – when you create a network instead of isolated systems you make it possible for trojan-like stimuli to have rolling effects across the whole, and that’s of course exactly what we’re seeing happen from Korea to Iceland. With social networks, though, there’s something I’ll call the social firewall. It’s a self-correcting, self-moderating network that, as the anonymous person said, routes around damage, such as censorship. And the nice thing, that the dummies trying to regulate it haven’t figured out, the nice thing for humanity, which needs tools that contribute to its survival, especially to counteract the systems that contribute to its starvation, bankruptcy, and downfall, is that social networks tend to spawn other social networks – to replicate. Social networks are the worm virus of survival in the pristine code of control.

Anyone Can Build a Web Site

Should I use a Doorway Page?