There’s been a lot of hype about the newest Google algorithms – dubbed “Penguin” – the math behind how Google ranks, rates, and reacts to web sites in its index – a reality that is constantly changing, and always has been. Supposedly, if you listen to a lot of “SEO experts” (which are a dime a dozen, by the way), we all need to become really grave and serious or else panicky and freaked out (depends on which experts) and pay our technical gurus a lot of money to get us Penguin compliant. Frankly, we’ve yawned. We don’t even really pay attention. We’re bored, and we don’t care. And that’s heresy. And we’re OK with that. Here’s why. Get ready. It’s simple: the new updates have simply improved the enforcement against things Google and other search engines have been saying not to do for years, and years, and years. And every decent internet marketing professional has been saying not to do them, as well. Let’s review the dreaded Penguin standards:

Penguin. This is basically a don’t scam update. A “stop trying to game the system” update. Almost everyone gets around to asking about gaming the system sooner or later, and we can understand that. If there was a way to press a combination of keys on the coke machine and get a free coke, wouldn’t you try it at least once, especially if you were really really thirsty? Anyone who says no hasn’t worked out, until they nearly drop from the heat, and finally made it back to the place where a cold beverage is pocket change away only to realize their change is at home, or locked up somewhere, etc.

So look, if your technical people are freaking out about the Penguin coming home to roost, they were probably well past pushing a few illegitimate buttons on the Coke machine. We’re still yawning about it here, because frankly our response has always been “yeah, gaming the system always comes back to bite you, sooner or later, and search engines are getting better all the time.” Modern internet marketing isn’t scamming some search engine algorithm that *we assure you* is getting vastly more sophisticated than the tricks we, and even our pet geeks can pull. SEO itself is now mostly just a base-line activity of organizing your site in a way that ensures it can be indexed properly as it draws traffic (it’s a bit more than that, but not much). Modern internet marketing involves a planned set of campaigns of continual content generation. Search engines care vastly more about that than they do about some keywords we’ve agonized over.

If you don’t like the content generation approach, it’s back to heavy advertising. Pick one. But don’t invest in gimmicks that won’t last and will likely hurt you in the long run, making it hard to recover, even if you get a momentary boost in the immediate or short term. We’ve seen people go from #non-existent to #3 to #permanently non-existent (blacklisted or virtually so) in 3 days flat by gaming the system. Go with an internet marketing strategy that gives search engines what they’re really looking for, a steady, consistent, continual stream of original, relevant, localized content.

Meanwhile, snoozing right through Penguin, this has been more straight, unabashededly blunt talk from Market Moose.

PS. Penguin reaffirms what internet marketing is all about. It isn’t about technical tricks that people often confuse with “SEO” (search engine optimization). It’s about content generation. Let’s be clear: every single one of the improved or tightened standards mentioned by Google in regard to its recent updates is aimed at its desire to present meaningful, updated, original, relevant content to searchers and not some kind of geek gimmick substitutionary trick. For those who doubt that internet marketing is NOT a technical sport but is a content writing methodology, this should be a wake up call. For those of you who’ve been listening to the Market Moose all along, you already know this stuff. This warfare of tricksters with technical gimmicks against the search engines that have as their express and declared purpose to reward genuine marketing, which is content generation, is going to be a losing battle for those companies and business web sites that stick with technical script kiddies who are trying to game against a search engine Vegas. The house will win in the end. That crowd is becoming increasingly isolated, and has reached a point they don’t even speak the same language as the rest of us anymore. On the other hand, effective marketing through content generation is all about things that ordinary business people can do and ordinary prospects can respond to. Ditch the games, if that’s where you are. Get involved in real internet marketing. A blog post a week or more, on your site, on a continual basis, is worth more than a team of technical tricksters in the short term.

The Power of Belief to Sabotage Your Marketing 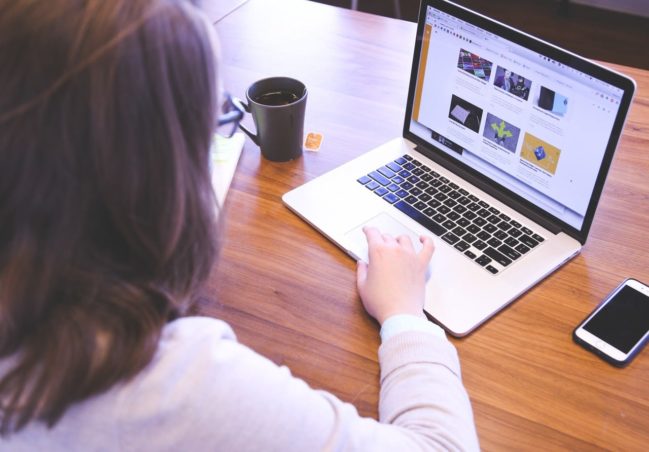 Your Focus on Competition is Giving Them the Edge