You Are Always the Minority in Your Marketing – Be Counterintuitive

Personality studies have been around since Hippocrates among the ancient Greeks, and perhaps existed among the Egyptians as well. Whether it’s the four humours (Sanguine, Choleric, Melancholic, Phlegmatic) or Jung’s four temperaments, or the four corporate personalities of the DISC system, personality studies have remained a vital means of thinking about differences of human motivation for at leat 2500 years. Unfortunately, most of the time, now, they’re used as fluff in corporate training seminars – feel good exercises for the instructor to get easy high marks, because we focus on the specialness of each individual. That’s an easy class to deliver. This means people haven’t always experienced the genuine usefulness and applicability of personality typing in core business processes.

One of the best uses of personality studies is in thinking about our marketing. While our own motivations are shared with about 25% of the rest of humanity (allowing for four general, not perfect, directions of motivation), that means that:

No matter what motivates you or I to respond, the vast majority of people will not necessarily respond to it or respond in the same way. By being 1/4 of the population, we’re saying that 3/4 of the population are driven by very different motivators from our own. In short:

You and I are always the minority of the population. That’s a hard bone for people to swallow, which is why it’s so important to face up to it, if you’re going to do effective marketing.

If you structure your marketing in a way that it appeals primarily to you, and people like you, it can fail 75% of the time, apart from any other considerations. And that’s if it’s perfect, otherwise. The number goes down from there.

See, most of us have a heretical (untrue) theory that we don’t admit or own up to. We think we’re normal. We think most people are like us. Or we think we’re like most people. And no matter who we are, or how we are, that just isn’t so.

It’s so important to remember this, because our own motivations are so ingrained (operating at the level of innate personality) that, in the absence of consideration, we tend to simply think of what motivates *us* as what motivates “people” – we regard how *we* work as how the “world” works. And that simply is not accurate. It’s not even accurate in various locales. It’s common to hear that “people around here” are a certain way. Nope – “people around there” are also differently motivated in about the same break down as everywhere else. The blindness we can experience, the ‘prejudice’ about what makes people tick is up against pretty good science that indicates we are actually born with certain personality traits – with some core tendencies in general directions that are not merely learned phenomena – they exist in the womb. It’s true that some communities will tend to impose more standardized roles on these differences, but the core distinctions still come through even in the pecking orders and differences in collaborative roles that exist within the community. The quieter, more thoughtful, less prone to act quickly individual works in the same coal mine as the hotter-headed, louder, more ‘high strung’ type. It’s not hard to see on any set of bar stools or in any extended family gathering.

This will necessarily be simplistic, but let’s break down the four core directions for purposes of marketing. Think of these as four ‘model’ prospects – four types of prospects that may visit and/or respond in different ways to your marketing:

Now these are necessarily generalizations. In fact, you might call personality studies:

The science of generalizing about prospect response. That’s why they’re useful memes for constructing our marketing. It’s not possible to interview each and every prospect before we market, it wouldn’t do any good if we could draw some general conclusions from such interviews anyway, and just because someone tells us why they respond doesn’t mean that’s accurate or even that they really know why they’re responding.

What personality studies give us is 2500 years of consensus about differences that we can import into our marketing plan to help us structure different campaigns. We might, for instance, decide to do four campaigns:

The mistake people often make is in structuring not only their core marketing, but all their marketing along the lines of what they think “people” respond to. It’s interesting, from the standpoint of a marketing professional who hears people’s versions of reality all day long.

You see? What you and I really tend to believe, if we’re honest, is that we’re representative. We don’t have to ask people why they say these things, but if we do, the response is usually, “I think most people…” Except, of course, they can’t all be right, can they? We’re not describing the world, we’re describing our own experience – not other people, but ourself and people we identify with. In fact, we tend to most identify with people who are most like us, and that tends to confirm (artificially) our suspicion that most people are like us.

In short, we tend to have cognitive biases that interfere with our ability to market our services more effectively.

This is enhanced by the fact that stereotypical marketing (which is the kneejerk marketing that most of us engage in if we don’t put more careful and challenging thought into it) is based on traditional sales, and not the newer, more evolved consultative approach to selling.

Traditional sales utilizes some variation of this formula: ask data-gathering questions, ask superficial probing questions to identify an opportunity or opening to seize upon, present a proposal, overcome objections, close the deal. This kind of sales is often called transactional sales because it relies on heavy turnover and fast numbers of initial deals but is less effective at a) retaining clients and b) keeping clients for repeat business. It’s not without value, though. In certain fields, for certain purposes, it’s appropriate – generally where we’re going to do business once, right now, and never again. And from it we take some valuable things that are still useful in today’s new marketing.

Traditional sales (and the marketing based on it) is now far less effective than it once was, because of the glut of such attempts and the vast increase in services available along with vastly enhanced means of access to those services (especially with the internet). Ask any real estate appraiser whether they’re having to contend with automated valuation systems and the attitude shift brought on by Trulia. The marketing effect of lingering in the older sales model boils down to simply a) deliver your information or message and b) ask for the sale. It’s simple, and it’s the minimum, and it’s the shortest, most direct route (the most efficient, if you ask fact finders). It does have value but, if that’s all there is, it’s already setting aside the majority of prospects from the start. A point of clarification here:

It doesn’t matter what you think you do for a living, you are involved in sales. It doesn’t matter if you “offer” services instead of products, you’re in sales. Best to face up to it. So we use the word sales here freely, and simply dismiss outright any semantical claims that “my business isn’t about selling”. Yes it is. That said:

The newer consultative sales models are based on increased engagement with clients, tailoring the relationship to their core motivations, and developing a longer-term relationship focused on repeat business, referrals, and additional ways to add value over time. It’s no accident that successful use of social media, which based on more balanced two-way communication (consulting) – less top-down or one-way pitching or talk, on keeping people in your orbit (as “friends” or “followers), and building a community or tribe or referral “group” around oneself within the larger professional community, has everything in common with consultative selling.

It is possible to try to make sure all the elements that appeal to all the personality types are presented in a balanced way on say the main web site of a company, which is what we try to achieve. However, that’s a subjective set of choices and in reality, that means that no one motivational direction will be wholly pleased. No matter who looks at it, they’ll either compare it to some typology of “good” sites based on a standardized criteria and stereotypes of how selling works – a cognitive checklist, or they’ll be prospects who you haven’t asked for evaluation, and we know how they actually respond by how they interact with the material and whether they act on it now, or in the case of the more reserved or cautious types, eventually. In short, we proceed at least partly against the notion of standardization itself, and partly in a concerted attempt to appeal at least somewhat to people who, in the main, are *not* like ourselves at all. This is why it’s important to not rely on just one marketing campaign, especially not the merely passive campaign of creating a web site and sitting on it waiting for the phone to ring. Whatever personality motivations we’re referring to have no trouble discovering gazillions of web sites and are not merely sitting around waiting for yours or mine to pop up on some radar grid, so they can swoop in and be wowed by it. Effective marketing will be active (you’ll get out of it only what you put into it, on a sustained, prolongued, ongoing basis), and it will proceed according to a coherent plan to engage the majority of prospects – that is, the ones who are very different than ourselves. In that regard, all effective marketing is counterintuitive – that is to say, it goes against our cognitive biases that suggest that we are representative of people in general. 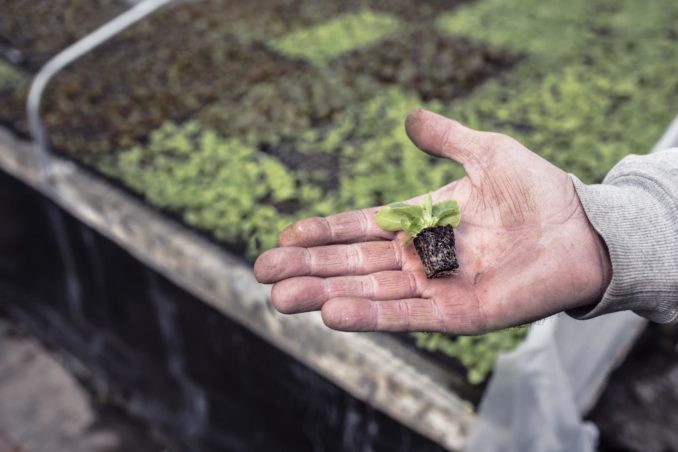 4 Ways to Deal With Your Own Marketing Discouragement 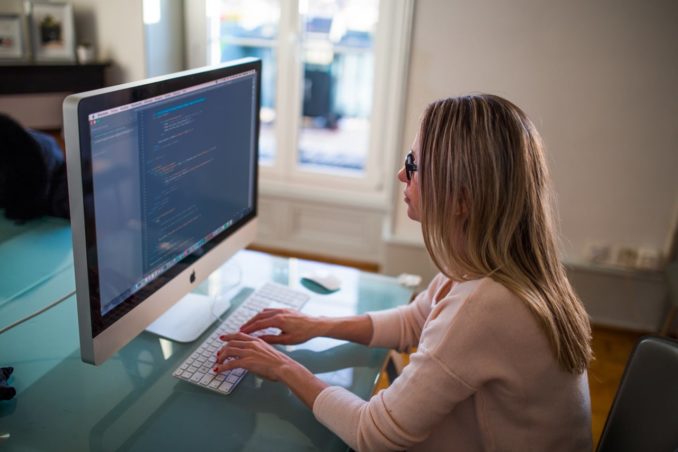 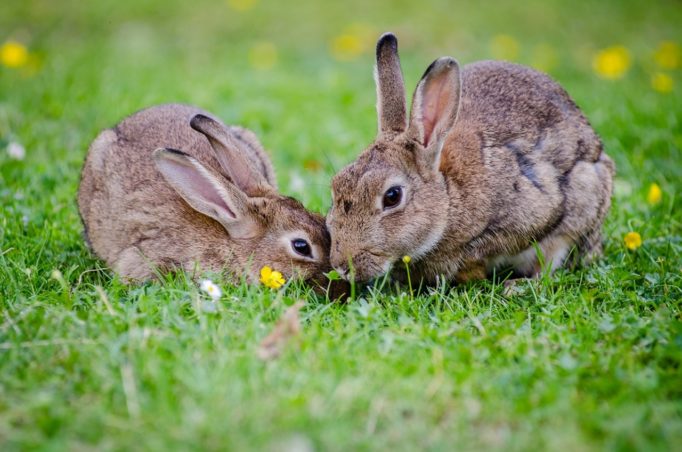